hey again! i decided on a whim last night to whip up a 5x5 and i think it went much better than that first try. i'm reading a lot more construction guides and resources than i had before trying to make a puzzle the first time so i'm hoping i'll get way better as i get more practice. hopefully sooner rather than later, there were some stinkers in that first one.

no real theme for this one but it'll quickly become clear where the idea came from, i think. applet after the jump. 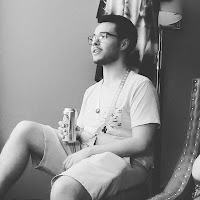 my name is christian. i go by scatter sometimes too. call me whatever you want.